This is a seven book series and six of the books have been published so far. The stories are inventive, captivating and intriguing. I couldn’t put them down. Fast paced and packed with adventure and magic, the books are also full of heartbreak, betrayal, love and honour. This is a series that grabs your imagination, mangles your emotions and gets your heart racing.

1)Throne of Glass
Celaena is a trained assassin imprisoned in a notorious prison. Then she receives an offer she can’t refuse: fight to become the King’s champion and earn her freedom..

2) Crown of Midnight
As the King’s Champion, Celaena is busy carrying out the king’s orders most of which require her to assassinate his enemies. She tries to find ways of coping with these unpleasant tasks but as the king’s brutality escalates she finds herself questioning herself. 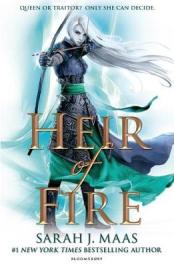 3) Heir of Fire
Celaena is an emotional wreck, struggling to come to terms with the recent terrible events and her part in them. As she questions her future, King Ardalan is preparing to extend his power. Witches are being trained as part of his army and hideous creatures with supernatural powers are being created and mobilised. 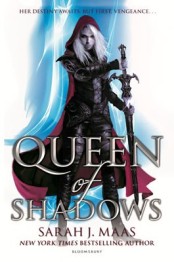 4) Queen of Shadows is reviewed here. 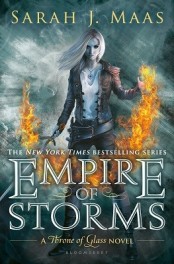 There are also five prequel novellas that have been published together as The Assassin’s Blade.